Ethanol E10 ULP petrol is not recommended for use in outboard motors.

NSW legislation requires that the minimum ethanol content of all regular unleaded petrol (ULP) sold in NSW after 1 July 2011 is to be 10%. E10 is gasoline blended with 10% ethanol alcohol and is now in widespread use. Federal legislation limits the maximum amount of ethanol in any grade of petrol to 10% and requires ethanol blends be labelled to indicate what percentage of ethanol it contains, e.g. E10 is 10% ethanol.

Ethanol, ethyl alcohol, is made from corn, sugar cane and other grains. Alcohol is an excellent cleaner, solvent, anti-freeze and most importantly, ethanol is hygroscopic, meaning it will absorb large amounts of water. Boaters often store fuel longer than that recommended for E10 (90 days). Cars, unlike boats, usually replace fuel every week or two, and will successfully prevent water-contamination/phase separation, which is when the weight of the ethanol and water sink to the bottom of the fuel tank and get picked up by the motor’s fuel system. (Even small amounts of water can harm the fuel system).  Boat engines live in a water environment; alcohol petrol loves to absorb water. E10 fuel can absorb large amounts of water into the fuel tank.

The initial symptom of alcohol in fuel is usually engine stalling when you demand acceleration. You may notice other performance issues, such as increased stalling, misfire, hesitation and difficulty maintaining boat speed during trolling.

All reputable authorities agree that running on ethanol alcohol above 10% will cause motor damage and/or performance issues with petrol engines, and it is always unsafe to run on contaminated fuel. Prevention is your best weapon against ethanol in fuel.

For outboard motor use, buy higher octane unleaded petrol; they are the premium blends that are not required to contain ethanol. Protect your outboard, it might prove less expensive than needing repairs due to E10 ULP. 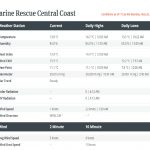